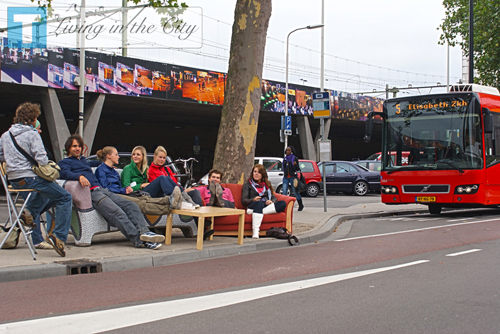 Upon writing my master’s thesis on urban cultures in 2009, I became aware of the need for civic social spaces in today's contemporary society. With this, I refer to spaces where one could sit, meet, talk and discus or simply watch the world go by.
The logic behind such places is that they form an informal platform for social integration and identity forming, which moves organically and is also suitable for (the integration of) cultural-ethnic minorities. In my thesis I elaborated on my quest to find a heterotopia, a space with no economical, political, public or private purpose. A space which, when being consumed knew no distinctions between sex, age, wealth, education, religion or race. 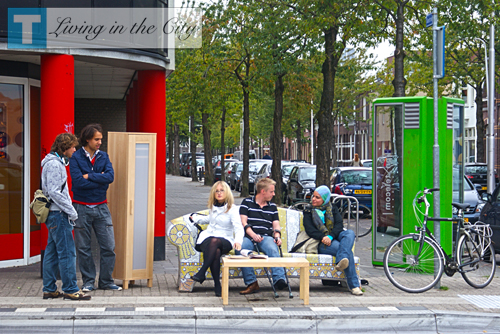 As heterotopias only exist in theory and in reality the physical function of a space always contribute to how this space is consumed, I used the Ray Oldenburg’s theory on third places to create a space which could serve as a civic platform for social interaction, while trying to preserve as much freedom as possible for the users of this space to operate.

While my scientific study focused on the conditions under which a local community library could act as such a space, upon my departure to Suriname in September 2009, I used an artistic approach to the notion of a third place in the city, as an ode to Tilburg, the city where I spend most of my student years.

The pictures in this article portray an artistic view on a new urban third place, including several characteristics of a third place such as ‘A home away from home’, ‘As a neutral ground’ and ‘A playful mood’. This project was inspired by a Social Sofa project of Tilburg, in which decorated benches were placed all over the city. 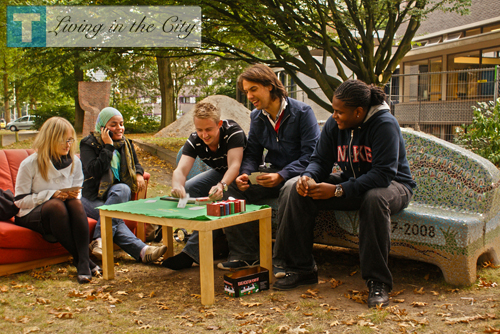