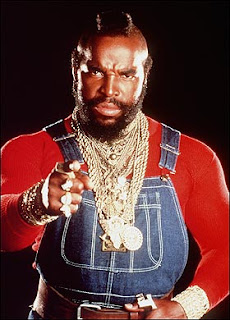 Less than five years ago, the Surifatu Men, or NNC as the group was then known, used to spend every single weekend together. On Friday, everybody would arrive at the designated room with their backpack, somebody would start for the kitchen to cook a pot of bruine bonen and the ambassadors would get to work, while some heavy Fifa, NBA 2Kwhatever and Halo scores were settled on the X Box. This would last til sunday, and every now and then, somebody would step out for kapsalon (a despicable crime against culinary principles, but a drunken man's salvation), Cola or Oven Pizza's.

Fast forward to 2011 and the Surifatu Men are taxpaying citizens, young fathers, small business owners and aspiring politicians. I recently sat at a table with some of my friends and listened to them explain the basic principles of low cost, sustainable energy supply, discuss the merits of a bicameral legislature and compare growth estimates on eco tourism in the coming decade. Ocassionaly, the conversation drifted to how ugly a certain overrated football player or topics the Omerta doesn't allow me to reveal here, but this was clearly a highly developed group of thinkers. Because of the busy lives all of us are leading, we don't see each other as often as we would like.
As we develop as individuals, we also develop our tastes. Bruine bonen will always be the go-to dish for Surifatu, but a few years ago, going out for dinner would mean going to Pizza Hut on monday or tuesday, or to one of the Beer restaurants on wendsdays or thursdays, because those were the all-you-can eat buffets that we could afford once a month on or student income. But, both in Amsterdam and Rotterdam, we had a home for special ocassions, naturally, the Chinese restaurants everybody from Suriname visits in these cities: New King and Tai Wu. As individuals, we get invited to dine with clients, associates, business partners or friends, so we get to taste the finer things life has to offer. From Sushi to Haute Cuisine, from two star restaurants to buffets serving kangaroo steaks, wakiu beef or lobster, the international kitchen holds few secrets for us. Every time that we sit at a table with pleasant company, most of us think: 'this is nice. I want to bring my crew here and terrorize the place.'
So, when it is Surifatu time, the e-mail gets sent and the most magnificent restaurants are added to the prospective list of meeting points. Someone will inadvertently note that reaching a consensus is not or strong point as a group and that we need a Plan B. Plan B is and will forever remain, New King or Tai Wu. The familiar motion starts and after painstakingly setting a date, the most exquisite culinary experiences pass the review. Votes are cast. Allergies are brought up. Budgetary constraints are mentioned. Concerns are expressed. And as proposal after proposal dies on the floor, we keep visiting our Chinese go to restaurants, over and over again.
This is no different when it comes to the night life. Surifatu's presence on the scene is becoming a thinning herd of 'representatives', who spend most of the night talking about how the rest of the group is doing, to acquantances and passing as surrogates or spokespersons. But on the rare occasion that the group does go out together, ambitious plans are made. The most exclusive clubs, after hours spots and loung bars are included in an itinerary proposal that will typically involve limousines, champagne and us showing up in suits. Votes are cast. Budgetary constrains are mentioned. Concerns are express. And as proposal after proposal dies on the floor, we keep visiting our Forever Plan B, the same bar/dancing we went as students, the same 24 hour 'kapsalon' spot.
The important thing is that or plan B is solid. It works (except for the 'kapsalon', it is disgusting when your sober). We don't need red carpets or champagne, because we have friends (and we'll buy the champagne on our expense accounts, deduct them from our taxes and enjoy it by ourselves, because it is too expensive for anyone who thinks of 'kapsalon' as a dinner substitute). Plan B works because of the A Team line-up. I pitty the fool!
Gepost door Manne op 04:06