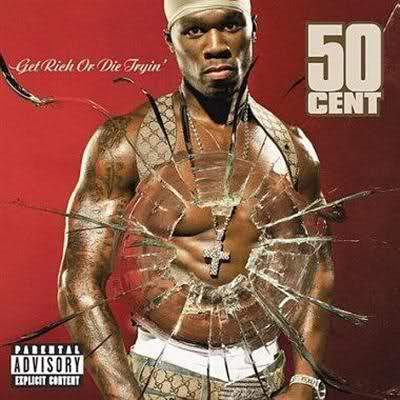 The reason why you aren't a millionaire (or on your way to becoming one) is really quite simple. You probably assume it's because you aren't earning enough money, but the truth is that for most people, whether or not you become a millionaire has very little to do with the amount of money you make. It's the way that you treat money in your daily life.

Here are 10 possible reasons you aren't a millionaire:

10. You Care What Your Neighbors Think

If you're competing against them and their material possessions, you're wasting your hard-earned money on toys to impress them instead of building your wealth.

Until the era of credit cards, it was difficult to spend more than you had. That is not the case today. If you have credit card debt because you couldn't wait until you had enough money to purchase something in cash, you are making others wealthy while keeping yourself in debt.

8. You Have Bad Habits

Whether it's smoking, drinking, gambling or some other bad habit, the habit is using up a lot of money that could go toward building wealth. Most people don't realize that the cost of their bad habits extends far beyond the immediate cost. Take smoking, for example: It costs a lot more than the pack of cigarettes purchased. It also negatively affects your wealth in the form of higher insurance rates and decreased value of your home.

7. You Have No Goals

It's difficult to build wealth if you haven't taken the time to know what you want. If you haven't set wealth goals, you aren't likely to attain them. You need to do more than state, "I want to be a millionaire." You need to take the time to set saving and investing goals on a yearly basis and come up with a plan for how to achieve those goals.

Bad things happen to the best of people from time to time, and if you haven't prepared for such a thing to happen to you through insurance, any wealth that you might have built can be gone in an instant.

5. You Try to Make a Quick Buck

For the vast majority of us, wealth doesn't come instantly. You may believe that people winning the lottery are a dime a dozen, but the truth is you're far more likely to get struck by lightning than win the lottery. This desire to get rich quickly likely extends into the way you invest, with similar results.

4. You Rely on Others to Take Care of Your Money

You believe that others have more knowledge about money matters, and you rely exclusively on their judgment when deciding where you should invest your money. Unfortunately, most people want to make money themselves, and this is their primary objective when they tell you how to invest your money. Listen to other people's advice to get new ideas, but in the end you should know enough to make your own investing decisions.

3. You Invest in Things You Don't Understand

You hear that Bob has made a lot of money doing it, and you want to get in on the gravy train. If Bob really did make money, he did so because he understood how the investment worked. Throwing in your money because someone else has made money without fully understanding how the investment works will keep you from being wealthy.

You are so scared of risk that you keep all your money in a savings account that is actually losing money when inflation is put into the equation, yet you refuse to move it to a place where higher rates of return are possible because you're afraid that you will lose money.

1. You Ignore Your Finances

You take the attitude that if you make enough, the finances will take care of themselves. If you currently have debt, it will somehow resolve itself in the future. Unfortunately, it takes planning to become wealthy. It doesn't magically happen to the vast majority of people.
In reality, it is probably not just one of the above bad habits that has kept you from becoming a millionaire, but a combination of a few of them. Take a hard look at the list, and do some reflecting. If you want to be a millionaire, it's well within your power, but you'll have to face the issues that are currently keeping you from creating that wealth before you will have a chance to call yourself one.